5 One Liner Facts about Indian Constitution 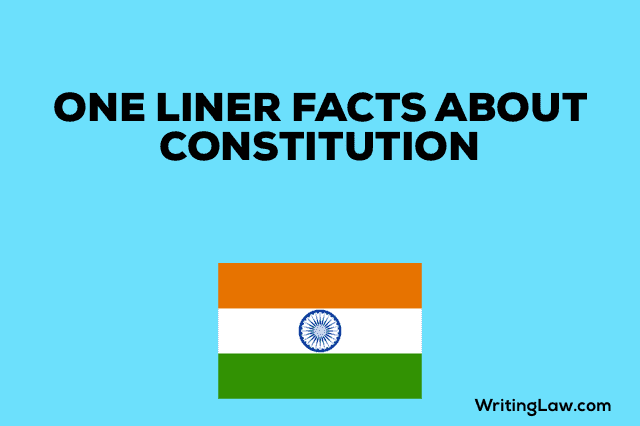 5 FACTS ABOUT THE INDIAN CONSTITUTION

1. Dr. B. R Ambedkar, the chief architect of the constitution of India is also known as ‘Modern Manu‘.

2. Lord Mountbatten became the first governor general of the new dominion of India.

3. Satyendra Prasad Sinha became the first Indian to join the viceroy’s executive council. He was appointed as the law member.

5. The calligraphy of the Hindi version of the original constitution was done by Vasant Krishan Vaidya.

This page will be updated along the way with more facts. Until then please read our Constitution.

If you are a regular reader, please consider buying the Law PDFs and MCQ Tests. You will love them. You may also support with any amount you like. Thank You.
2020-03-14