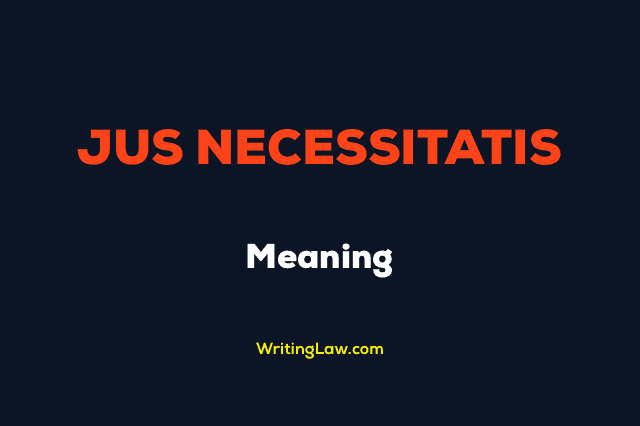 According to uslegal.com’s definition, Jus Necessitatis means a person’s right to do what is required for which no threat of legal punishment is a dissuasion.

Now you may be confused about the last word. Dissuasion means ‘the action or process of trying to persuade someone not to take a particular course of action’.

Question asked by one of you:
I have a doubt about the maxim jus necessitatis. Does it come under section 81 or 87 of IPC?

Answer:
This is called the doctrine of necessity. It means a person doing a thing under compulsion of situation. It is not considered a wrongful act. It comes under the ambit of section 81 of IPC.