Empowering Girls for a Brighter Tomorrow 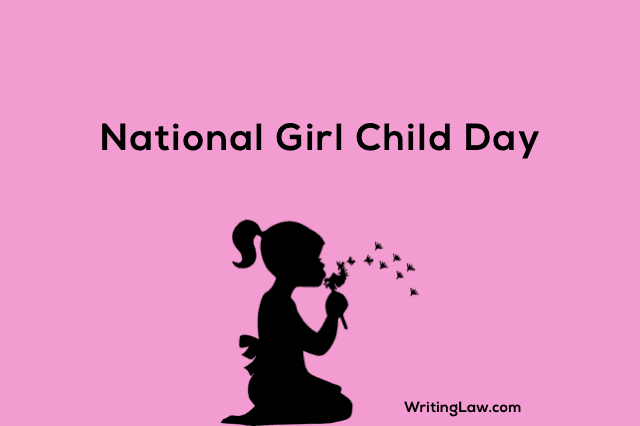 National girl child day is observed on 24th January every year, which tends to promote the rights of every girl child.

It is also to spread awareness among people about the importance of girl child and declining child sex ratio. The event is celebrated differently in every part of the country.

In the year 2021, the Punjab government has declared the month of January to be the month of girl child. They have also launched a scheme named “Dheeiyan di Lohri“.

The theme for the year 2019 was “Empowering Girls for a Brighter Tomorrow.”

National Girl Child Day is to create awareness, examine the health of the girls, select gender champions at the local level, and more. Similarly, the Women and Child Development Department will also celebrate National Girl Child Week from January 24 to 30. The motive for this is also similar.

Initiative Taken by the Current Government

The initiative taken by the current government to spread awareness among people about girl child is appreciable.

We all are witness to this fact that in many families, the girl child has been considered as an unwanted entity.

For ages, she has been considered as a burden on family and of little to no importance (compared to sons). From the cradle to the grave, she is considered as a liability upon her father and later on her husband. It seems as if she was only meant to live behind walls, reproduce, and do household chores.

Provisions in the Constitution for Equality

Though the Constitution of India (Article 14: Equality before law. & Article 16: Equality of opportunity in matters of public employment.) provides equal rights and opportunities to men and women so that the status of women can be improved, but a majority of women are still unable to enjoy the rights guaranteed to them.

The preference for son and disfavour for a girl child is a complex phenomenon that persists in some parts of India. The orthodox belief is doing nothing but decreasing our nation’s growth at a higher level as approximately 48.18% of the total population comprises of women. 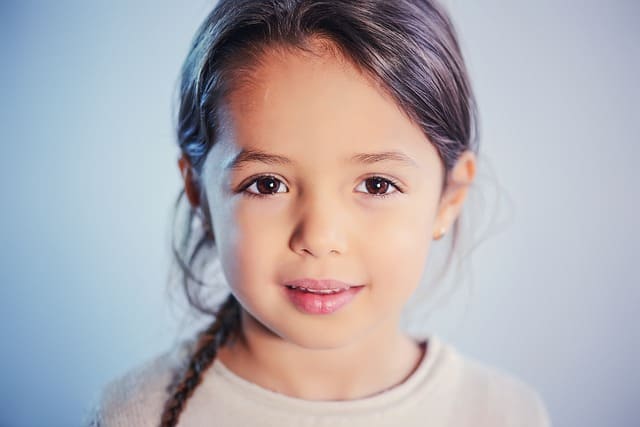 If we won’t educate women, then half of our population would remain illiterate, which will directly impact the county’s growth.

As of now, the trend is changing against the traditional mindset. Now women are an important part of the socio progressive nation. Now people have started realising that girls deserve an equal chance and should be educated to make a better family and a civilised nation.

Examples of Some Amazing Indian Women

In our current government, women are/were at the apex positions, like being the head of defence, being the speaker of parliament, managing foreign affairs, managing finance ministry, and what not!

The theme “empowering girls for better tomorrow” is very apt for today’s time. The government, through its various policies like Sukanya Samridhi Yojana, Ladali Yojana, Beti Bachao Beti Padhao, and many more scholarship schemes, has tried to uplift the status of the girl child, and to a good extent, it has been beneficial.

We need this continued awareness, and someday it will near 1000 females per 1000 males! Let us work and be optimistic…

It is the duty of every citizen to empower girls and promote gender equality!

Concluding with few lines for all the girls-

It’s the time to rise high and high,
Be the opportunist in the sky.
Spread your arms and welcome all those,
Who wishes to reach and touch the sky…
No one is weaker in this world,
Enthusiasm is the unbreakable sword.
Be the one to be an example for everyone,
Ignite those souls who are living futile.
We are the crushers, we are the makers,
The voice inside us is the true soul mater (mother)…
Never un-hear your own voice,
That’s the only thing that never lies.
Never doubt your capability and never cry,
O dear little girl, just fly high and high…

Update: The initial paragraphs have been edited on 24th January 2021. Rest of the content is from 2020.

This article on National Girl Child Day has been written by Arushi, who is a final year law student from New Delhi, India.

Update: Arushi is now a law graduate. She was her law college topper. Additionally, she was ranked fourth in her entire university. In 5 years of college, she won over 40 trophies at moot courts, extempore, debates, quizzes, etc. She also qualified for National Law University, Delhi, and for LLM at BHU. She joined none and is now preparing for Judiciary.