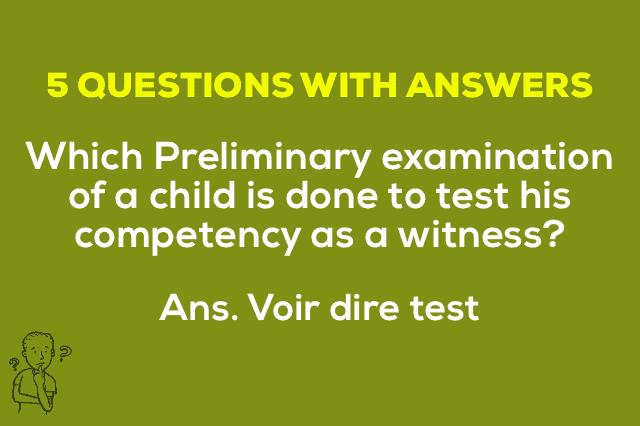 1. Who is considered as father of Indian Evidence Act?

2. Who said that Section 6 (Res gestae) is the weakest of whole evidence?

3. Which Preliminary examination of a child is done to test his competency as a witness?

4. “Evidence is to be weighed and not counted” attracts which section of Evidence act?

5. When leading questions can be asked to a party?

Ans. In Cross examination (Section 143 of the Indian Evidence Act)

Can a Person be Punished for Violating Home Quarantine (2020)

What is the Difference Between Judge and Court of Justice