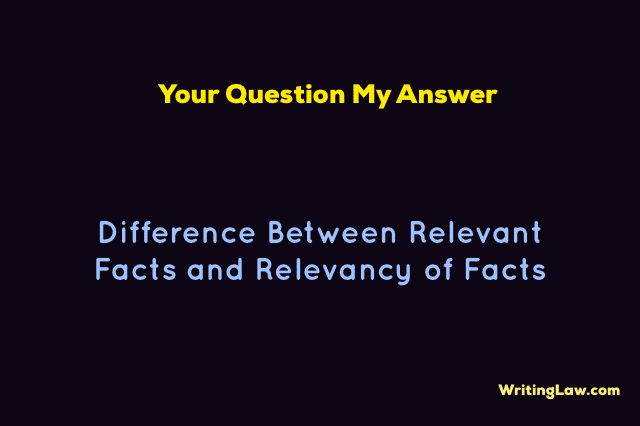 Question asked by a student: Explain the difference between relevant facts and relevancy of facts by citing illustrations under the provisions of the Indian Evidence Act, 1872. Please give this answer.

Answer: There is no difference as such. It is the same thing, but the phrases used are different. Relevant facts are those facts which are logical and relate to the facts of the case. They are admissible only if they are connected to the facts in issue.

For example, In a suicide case, A seeing B carrying a rope is a relevant fact.

For example, A person against whom the charge of murder is placed was in Calcutta on that date and time of the murder, is a relevant fact under section 11 of the Indian Evidence Act.

For example, A person was hungry for the last two days before the offence of theft, is a relevant fact under section 8 of the Indian Evidence Act.