The week in which 31st October — the birthday of late Sardar Vallabhbhai Patel falls, is observed as Vigilance Awareness Week. 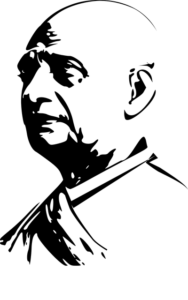 The observance of Vigilance Awareness Week renews our commitment to achieve the goals of promoting integrity, transparency and accountability in public life.

One of the best part is that during the Vigilance Awareness Week many different competitions and activities for college and school students are conducted by various organisations on a large scale across the country for inculcating greater awareness on corruption and anti-corruption measures for ensuring active participation of students. Every student and law students specifically should take part in these.

“an act of bribery or misuse of public position or misuse of power for the fulfilment of selfish motives or to gain personal gratifications.”

“Misuse of authority as a result of consideration of personal gain which need not be monetary”.

Corruption in India is a consequence of the nexus between bureaucracy, politics and criminals. India is now no longer considered a soft state. It has now become a consideration state where everything can be had for a consideration. Today, the number of ministers with an honest image can be counted on fingers.

Leaders like Lal Bahadur Shastri or Sardar Vallabh Bhai Patel are a rare breed now who had very little bank balance at the time of death. The list of scams and scandals in the country is endless. Be it coal allocation scam, common wealth games scam, Bofors scam and countless other such scams. These scandals have tarnished the image of our country nationally as well as internationally.

Many new leaders when they come into power, they declare their determination to eradicate corruption; they take pledge that they won’t be a part of corruption but soon they themselves become corrupt and start amassing huge wealth. Honesty is the best policy has now become an old and outdated version.

There are many myths about corruption, which have to be exploded if we really want to combat it. Some of these myths are —

“Corruption is a way of life and nothing can be done about it.”

It is said that corruption has invaded our blood and no one can take it off.

It is not possible to kill or remove the corruption by improving the Social-economic conditions of the country because we all know that the most of the people who are corrupted are not economically or socially backward and they are having a notable social status.

WHAT CAN BE DONE TO STOP CORRUPTION?

Despite establishing anti-corruption laws and regulations, these results indicate that much more is required to be done. Following steps should be considered to eradicate corruption:

• Government should include a chapter in text books related to corruption and its desire consequences. So that our future generations from the beginning itself come to know about this evil.

• A strong youth movement in the country can remove corruption and each student should take a vow to begin this exercise courageously.

• Bureaucracy should be made more citizen friendly, accountable and transparent. More and more courts should be opened for speedy justice. Lokpals and Vigilance Commissions should be more powerful and of independent nature so as to provide speedy justice.

“Dirt is only removed when one becomes a part of it.”

But today, none are interested in politics. Moreover, the view towards politics is so extreme that none of the political leaders are considered good for anything. There’s a great example regarding this fact. Good people try to stay away from political mess. Politics has become the expertise of strong and corrupt.

Dr. Abdul Kalam once visited a school and being a chief guest had an active conversation with the students. There he raised a topic of ambition and asked the students about their aim. As expected, many aspired to be an engineer, doctor, actor, etc but none responded for political leadership. Dr. Kalam on listening these, suggested students to change the way of viewing politics, better have an optimistic view of it.
Today India can be saved from this poison of corruption only through good, normal, young people entering into politics.

Beings who are pure in heart and mind, who are good-natured and believe in following the path of light, these people worship the Gods of light. Individuals who are constantly active in earning material wealth and power and those people who constantly indulge in sin and corruption while living in evil darkness, worship the evil spirits. 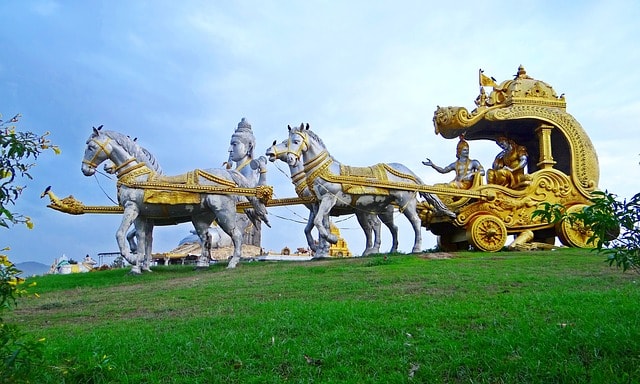 2018-11-03
Previous Post: Justice Ranjan Gogoi to be the next Chief Justice of India
Next Post: Environment Protection Act, 1986

SEARCH FOR ANY SECTION: TYPE SHORT

How to Prepare for Judiciary Exams

List of Important Sections of Sale of Goods Act

Example and Punishment for Cannibalism: When it was a Matter of Survival

Art of Cross Examination in Court