What is Retracted Confession in the Indian Evidence Act 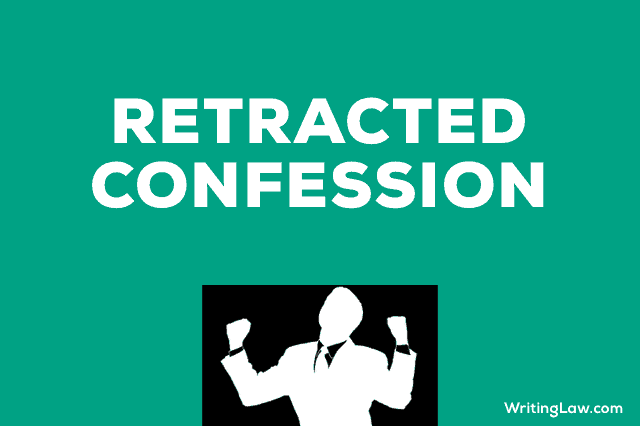 A retracted confession is a statement made by an accused person before the trial begins, by which he admits to having committed the offence but which he rejects at the trial.

Considering the question of whether retracted confessions of the co-accused could be relied upon to convict the accused, the court held that the retracted statements could be used against the accused as well as co-accused, provided that such statements should be truthful and voluntary when made.

In the said case, two accused persons made confessional statements, and subsequently, they retracted from their statements.

The court observed that:

A confessional statement given under section 15 of the Terrorist and Disruptive Activities Act (TADA ) shall not be discarded merely for the reason that the same has been retracted.

You may also like to read:
1. Statement and Confession under Section 164 CrPC
2. Confession in Police Custody – Is it Relevant

If you are a regular reader, please consider buying the Law PDFs and MCQ Tests. You will love them. You may also support with any amount you like. Thank You.
2021-07-08