What is the Status of Posthumous Child in Succession 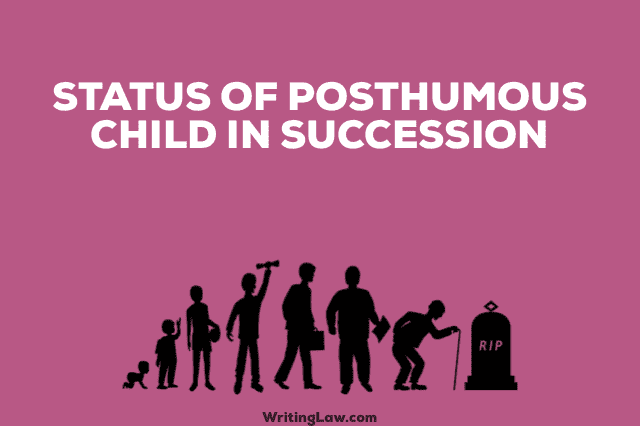 Posthumous means ‘occurring or appearing after death.’ For Example, He was awarded a posthumous military award.

Status of Posthumous Child in Succession

The succession can be either Testamentary or Intestate. Testamentary means ‘relating to or bequeathed or appointed through a will.’ Intestate means ‘not having made a will before one dies.’

The testamentary succession is concerned with the person who made the will. This is mentioned in Section 30 of the Indian Succession Act, 1925.

The law of intestate succession is more appropriately the law of inheritance, which determines the mode of devolution of property of the deceased on heirs solely based on their relationship with the deceased and is governed under the Hindu Succession Act, 1956.

Section 20 of the Hindu Succession Act recognizes the posthumous child as an heir in intestate succession.

Note: In case the child dies subsequently, the property that he inherited will vest to its own heirs.

If you are a regular reader, please consider buying the Law PDFs and MCQ Tests. You will love them. You may also support with any amount you like. Thank You.
2020-04-26