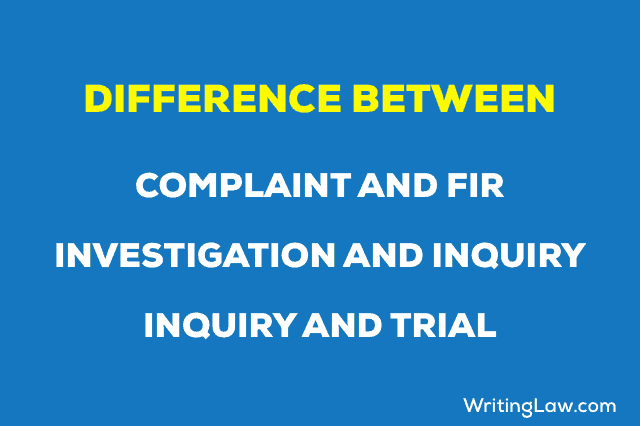 Difference Between Complaint and FIR

1. FIR is given under Section 154 of CrPC.
2. FIR is given to an officer in charge of a police station.
3. FIR is related to a cognizable offence.
4. On FIR, the magistrate can take cognizance.
5. The FIR of an offence may be given by anybody, including a police officer.

Here is a side by side difference between complaint and FIR under CrPC. 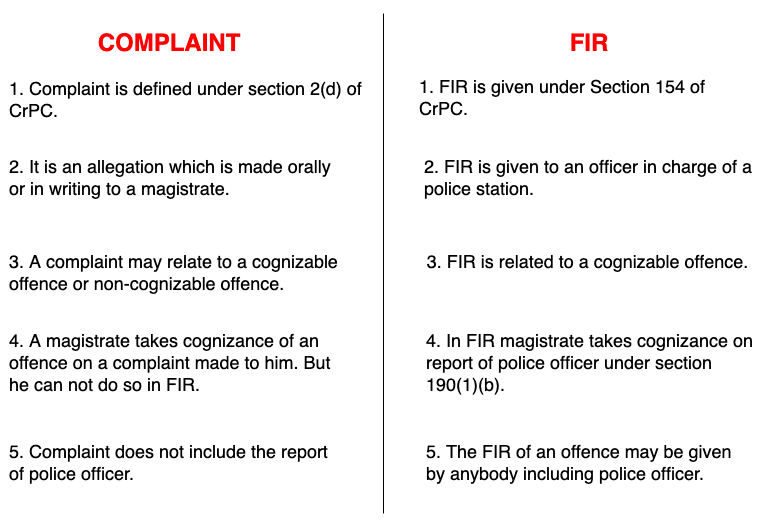 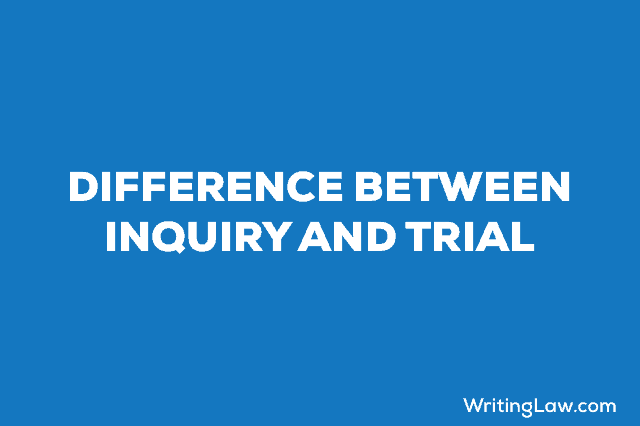 Difference Between Trial and Inquiry

1. A trial is always for an offence.
2. A trial ends in acquittal or conviction of an accused.
3. Trial is the examination and determination of cause by a judicial tribunal.
4. Trial follows inquiry.
5. Trial is the third stage.

1. An inquiry does not necessarily relate to only offences.
For Example, Inquiry made in disputes relating to an immovable property with regard to the possession, public nuisance, or for the maintenance of wives.
2. An inquiry into an offence never ends in a conviction or acquittal.
3. Inquiry includes every inquiry other than a trial conducted by magistrate or court.
4. Inquiry precedes a trial.
5. Inquiry is the second stage in a criminal case.

Here is a side by side difference between trial and inquiry under CrPC. 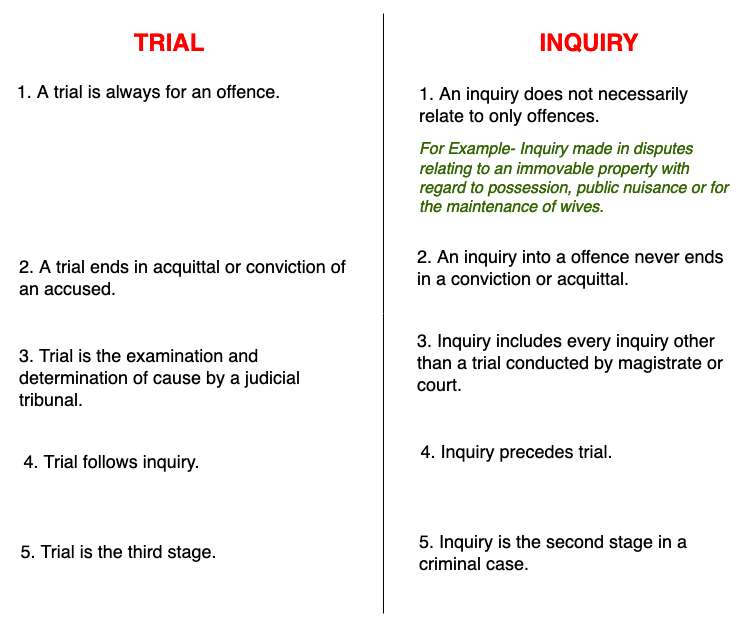 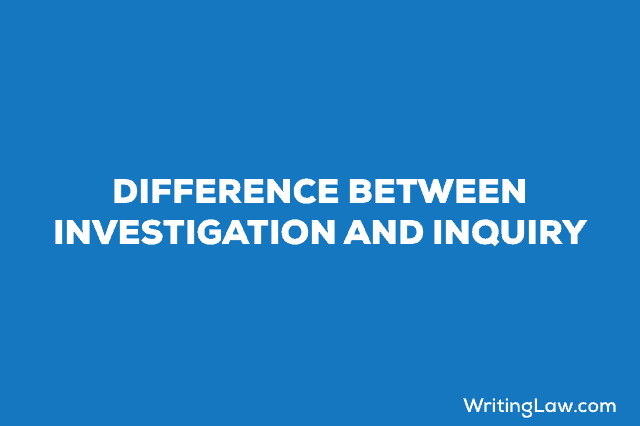 Difference Between Investigation and Inquiry

Here is a side by side difference between investigation and inquiry under CrPC. 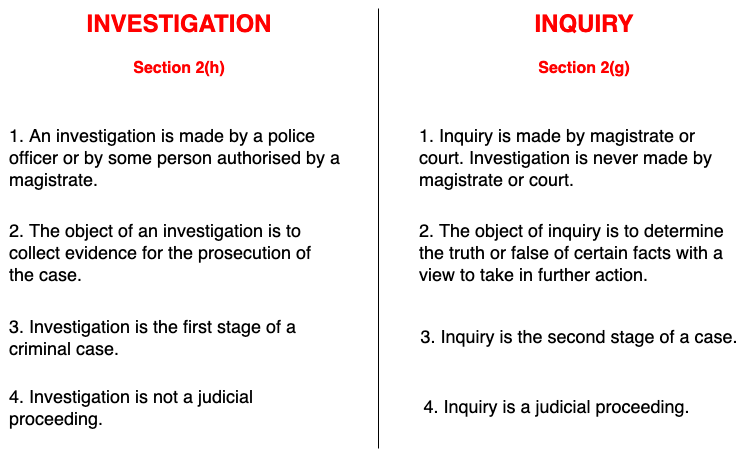 Related: When the investigation cannot be completed in 24 hours? Section 167 CrPC Explained

If you are a regular reader, please consider buying the Law PDFs and MCQ Tests. You will love them. You may also support us with any amount you like. Thank You.
2020-04-30