Difference Between Culpable Homicide and Murder, Section 299 and 300 IPC 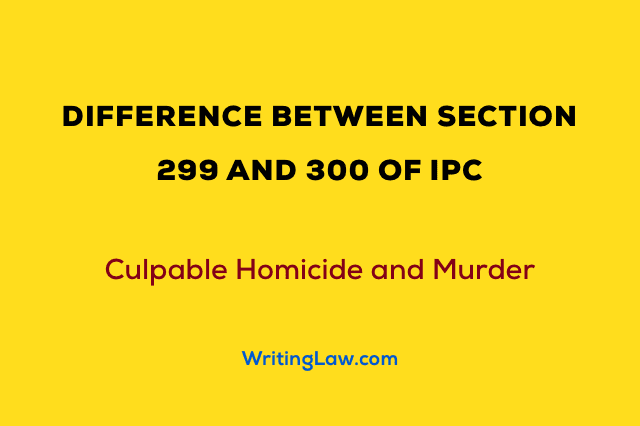 Section 299 of the Indian Penal code talks about culpable homicide and section 300 of IPC deals with murder. There is a faint line of difference between both of them. This frequently causes problems to advocates, legal practitioners that where to lie the case, because of the minor difference.

Difference Between Section 299 and 300 of IPC

According to Section 299 of the India Penal Code, culpable homicide means the unlawful killing of a human being, and this killing becomes murder when the act firstly fulfills all the conditions of section 299 and then section 300.

We can divide culpable homicide into two parts:

1. Culpable Homicide Amounting to Murder (CHAM) – The act which fulfills the conditions of section 299 and then 1st part of section 300.

3 Differences Between Section 299 and Section 300, IPC

Now, let us compare both the sections and see when does culpable homicide amounts to murder.

The phrase “an act with the intention of causing death” has been used in sections 299 and 300
both. Then where is the difference?

Sometimes an intentional act that causes death will not amount to murder because it falls under the five exceptions provided in section 300, that’s culpable homicide not amounting to murder.

So, if an intentional act which fulfills the condition of section 299, but it goes to the second part of section 300 (exceptions), then that act does not amount to murder.

2. Bodily injury likely to cause death.

Whoever causes death by performing an act with the intention of causing such bodily injury as
is likely to cause death.

Comparing this part of section 299 with section 300, that is, if the act is done with the intention of causing such bodily injury where the offender knows that it is likely to cause the death of the person to whom the harm is caused. Or,

If the act is done with the intention of causing such bodily injury to any person and where the bodily injury intended to be inflicted is sufficient in the ordinary course of nature to cause death.

Here, for this part, we can clearly see that an act, when done with intention but not with knowledge, will not amount to murder, and it will be culpable homicide not amounting to murder.

But even if there is an absence of knowledge and the bodily injury intended to be inflicted, in the ordinary course of nature is sufficient, it will amount to murder.

If a person causes death by doing an act with the knowledge that he is likely by such act to
cause death.

This is the last condition laid down in section 299.

So if we raise the degree a bit higher, then the act will fall under section 300.

If the person committing the act has the knowledge that it is so imminently dangerous that it will in all probability, cause death or such bodily injury as is likely to cause death, and thereby he commits such act without any excuse for incurring the risk of causing death or such injury as aforesaid, amounts to murder.

Knowledge is in both the cases, but the degree makes the difference.

Example: I had a knowledge that if I give very tight two-three slaps to an old person who is very weak, he may die due to nervous shock. And if he dies, it will be culpable homicide not amounting to murder.

But what if I start beating him so severely that blood starts coming out. Knowing that the man is so weak that he will not be able to bear the pain even for a second. And if he dies, it will be culpable homicide amounting to murder.

When an Act Becomes Murder

So to conclude, we can say that an act becomes murder only when first of all, it is culpable homicide and complies with conditions under section 299, and then it fits in section 300 too.

When Culpable Homicide Is Not Murder?

The five exceptions mentioned under section 300 of the Indian Penal Code are: 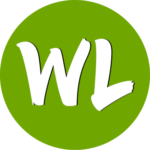 This post has been written by Sumi Yadav.
She completed LL.B from Lucknow University in 2018.
WritingLaw » Law Notes » Difference Between Culpable Homicide and Murder, Section 299 and 300 IPC