How Is the Media Regulated in India 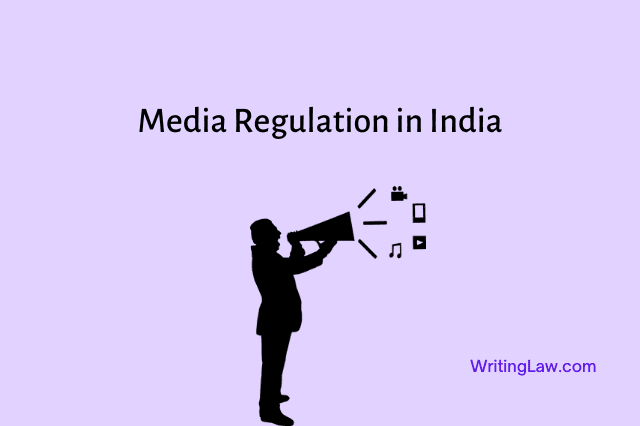 More than ever, the need for effective media regulation has arisen in the recent past. Now and then, media is being accused of disseminating fake news, conducting media trials, promoting hate crimes or streaming uncensored content over OTT platforms.

On the one hand, the idea of a monitored and supervised media is against the precepts of democracy; on the other, unobserved and unchecked media may equally cause the same amount of lawlessness and disorder in society.

This article discusses the mechanism enforced in India to regulate media and suggests measures for its effective regulation.

Can Media Be Regulated in a Democratic Society?

Whether media be regulated in a democratic society, which envisages a free flow of ideas and information, is itself a question that needs to be analysed. Article 19(1)(a) of the Constitution of India bestows upon every Indian citizen the freedom of speech and expression. The said right may be exercised through any medium, by words, either spoken or written, by signs, or through visible representation. Accordingly, the freedom of both conventional media, as well as digital media is included under it.

Due to this, the content is mostly unregulated in India or self-regulated, which means the media houses are free to decide what to channel and what not through their respective platforms. This, of course, is subject to limitations incorporated under Article 19(2) of the Constitution, namely, sovereignty and integrity of India, security of the State, friendly relations with other States, public order, decency and morality, contempt of court, defamation or when the publication or propagation would otherwise be an offence, for example, promoting enmity between different groups on religious grounds (offence under section 153A of the Indian Penal Code), publishing statements conducing to public mischief (offence under section 505 of the Indian Penal Code), infringing copyright of any person (offence under section 63 of the Copyright Act).

The government regulates only the conduct of media, which is discussed in the next section below.

Conventional media includes newspapers, magazines, TV, radio, etc. To regulate the conduct of traditional media, the government has established various statutory bodies under different statutes, which are discussed in this section.

Print media is regulated mostly through two major Acts, namely, the Press and Registration of Books Act of 1867, which provides for the registration, regulation and preservation of every copy of books and newspapers printed in India, and the Press Council Act, 1978. The Press Council Act aims to establish the Press Council of India (PCI) to preserve the freedom of the press and to maintain and improve the standards and news agencies in the country.

Likewise, cinema is regulated through the Cinematographic Act of 1952. This Act establishes a regulating body named Central Board of Film Certification for the certification of cinematograph films, for the exhibition of movies, and to regulate those exhibitions.

Digital media broadly includes websites, blogs, video platforms like youtube, and social media sites like Facebook, WhatsApp, Twitter etc. As these platforms act as a medium of communication between two or more people, they are known as “intermediaries” under the governing law.

According to section 79 of the IT Act, when anything offensive or unlawful is published over these intermediaries, then these intermediaries shall be liable only when they have selected or modified such information or have not observed due diligence while discharging their duties under the Act. This means no liability shall be imposed if the intermediary in no way facilitated the commission of the said offence, or upon receiving the actual knowledge of the offensive content or on being notified by the appropriate government, it expeditiously removed or disabled access to such material. Therefore, the law imposes very limited liability on these intermediaries. It doesn’t oblige them to take out active steps to filter out objectionable or unlawful content.

Another contested provision is Rule 5(2) of the IT Rules, 2021. It mandates a social media intermediary to trace out or locate the first originator of the content as and when required. It is argued that such a provision is against the privacy policies of the intermediaries as they provide end-to-end encryption. Therefore, it infringes on their right to carry out trade and profession under Article 19(1)(g) of the Constitution and the right to privacy of users under Article 21 of the Constitution. Among others, these are some of the grounds over which constitutional validity is being challenged. However, no right is absolute, and certain limitations may always be imposed in the larger public interest.

IT Rules, 2021 also includes a provision to regulate Over-the-Top (OTT) platforms. These have to incorporate a self-regulating mechanism and grade their content under different categories.

The media is considered to be the fourth pillar of democracy. Its function is to furnish the people with relevant data and information regarding government policies, actions and plans, which will lead to the growth of an informed society. Unfortunately, today the media has been highly commercialised. The content is selected only with the objective of profit maximisation.

Media-led communal violence has become common in the country. To curb this Supreme Court also emphasised the need to bring a law on hate speech recently in the case of Amish Devgan vs Union of India (2020).

The law regulating digital media also needs some consideration. Copyrighted and pirated material is freely transmitted over intermediaries like Telegram. The efficient regulation of digital media would require these intermediaries to take some active and effective measures to filter out unlawful content on their own.

Single definite legislation wrapping up all the facets to govern online media without compromising the freedoms under Articles 19(1)(a) and 19(1)(g) is urgently required.

Read Next:
1. What Is the Role of Media in Judiciary
2. What Is Media Trial in India and Its Famous Cases
3. What Are Pressure Groups and Their Role in Indian Polity 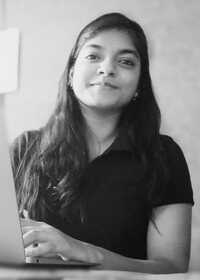 Naina Agarwal has written this article. She is a law graduate from the National University of Study and Research in Law, Ranchi. Besides other things, Naina is primarily interested in reading and writing.
WritingLaw » Law Articles » How Is the Media Regulated in India

If you are a regular reader, please consider buying the Law PDFs and MCQ Tests. You will love them. You may also support us with any amount you like. Thank You.
2022-12-04