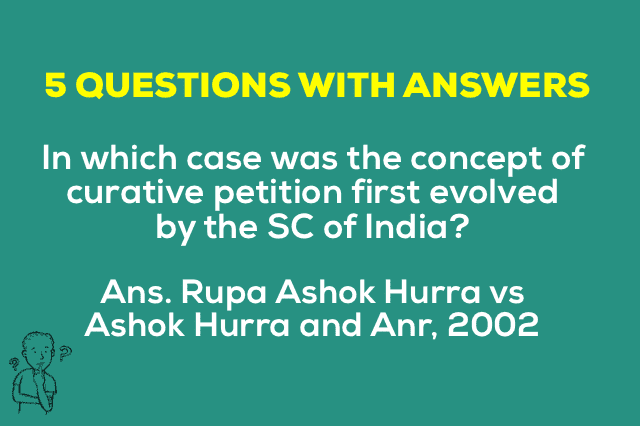 1. By which amendment was the Sindhi language added in the VIII Schedule of the Constitution?

2. Which case is related to live streaming of the proceedings of Supreme Court?

3. In which case was the concept of curative petition first evolved by the SC of India?

4. Which writ can be issued against private person also?

5. Who is considered as the custodian of public purse?

If you are a regular reader, please consider buying the Law PDFs and MCQ Tests. You will love them. You may also support with any amount you like. Thank You.
2020-02-18