How Are Law Coaching Institutes in Mukherjee Nagar, Delhi

In: How To Be Successful In Law 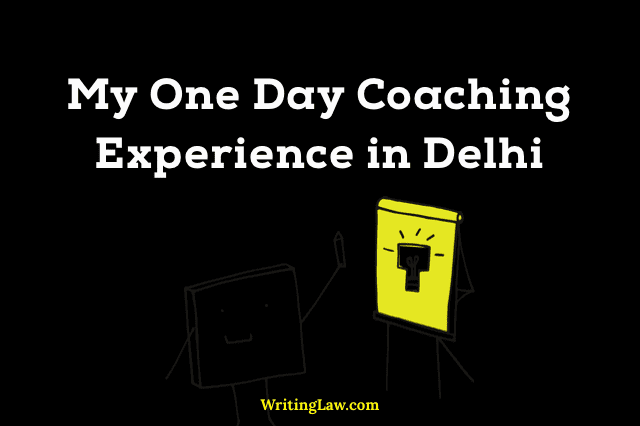 My Law Coaching Experience in Delhi

When it comes to law, this institute is a very famous name in Mukherjee Nagar, Delhi. The fee is around 1 lakh 50 thousand. Interestingly, you have to buy their publication law books separately. You are not provided those with your coaching package!

On 4th October 2019, I accompanied my friend to her coaching. She has been attending it since April 2019. Before her, two of my college friends had also passed out from this same coaching.

About my Topper Friend

So, on 4th October 2019, I attended this coaching with my friend. She was her college topper. She was also ranked 4th in her entire university. Additionally, she had won over 40 trophies and competitions in law college for moot court, extempore, debates, quizzes, etc.

She was also selected for National Law University, New Delhi, and for pursuing LLM from BHU. However, she joined none and is now preparing for the judiciary. She also qualified for a private legal job (paying around thirty thousand rupees per month). She did not join it either.

Furthermore, just so you know, the law notes that you read or buy the PDF from WritingLaw, have been written mostly by her and the rest by me.

First Impressions of the Law Coaching

Coming back to my story; early morning, we reached this famous law coaching. It is well managed. The staff is very nice. I liked the overall location and the ambience here. It looked promising, safe, and kind.

However, once I entered the classroom, it was different. The chairs were crowded, and there was hardly any space for legroom. There were big screens with projectors, huge TVs, and speakers on the wall. It was chaotic and not at all friendly or like a study place.

Anyways, we got seated in the first row. This is where my friend always sits. She believes that if you want to be focused and grasp everything, you must sit on the very first bench.

Class timings are officially from 9:50 AM (wrong time to maintain privacy, but you get the idea). We waited. The teacher, who is also the owner, came after an hour of the scheduled time. Immediately the class started! 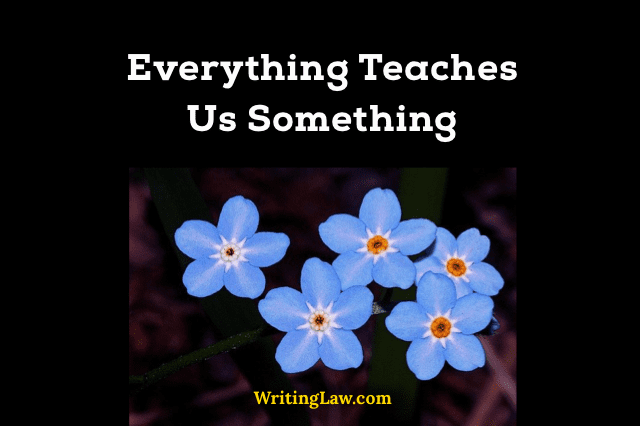 Sir started a topic. He began writing a few things on his touchpad, which is connected to projectors that display the contents on big screens and TVs.

Sir also used to narrate the same things. His voice was so slow and low that it was hardly audible! And yes, I was in the first row, but the speakers were at the back, and overall it was a weird situation.

I wanted to say, Sir, can you please increase the volume? But I was only there for a demo class, and thus I did not say this.

Finally, after 30 minutes or so, the teacher’s voice was louder. It was still not very clear or perfectly audible, but it was manageable.

Sir started dictating answers or notes, I would say. He was not explaining anything. He was just looking at his notebooks and his books and dictating. Students were hurriedly writing on their copies.

In between, Sir would write case names and some lengthy words on the touchpad, and students would copy from the enormous screens.

To be honest, his stories were more delightful than his teaching. Also, I have to admit that his stories were motivating, and they inspired me, and I am sure others too, to work hard and achieve something in life. His stories gave a glimpse of what future life can be if you work hard today!

Finally, among these slow dictations and these stories, the class ended at 2:30 PM. Students were happy, and they left.

Overall it was an okay experience. But the shocking thing that I discovered later was that many of the notes dictated by Sir were hugely copied or inspired by notes that you find online. It was a good eye-opening day!

WritingLaw → How To Be Successful In Law → How Are Law Coaching Institutes in Mukherjee Nagar, Delhi