Pardoning powers of the Indian President 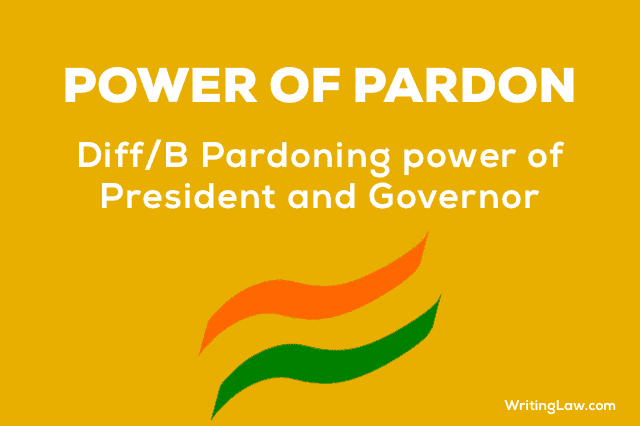 Pardon means to forgive a person for the offence he has done. Under the Indian Constitution, the power to grant pardon has been conferred on the President of India under article 72 and the Governor of states under article 161. The object behind pardoning power is to correct possible judicial errors and miscarriage of justice. It is a way to prevent the innocent from punishment.

Power of Pardon by President of India

Under article 72, the mercy petition is filed to the President, and his powers are as follows:-

1. Pardon: The President can totally absolve/acquit the person for the offence and let him go free like an ordinary citizen.

2. Commutement: To reduce the type of punishment into a less harsh one. For example, Rigorous imprisonment to simple imprisonment.

4. Reprieve: A delay is allowed in the execution of a sentence, usually a death sentence for a guilty person to prove his innocence.

5. Respite: Reduce the degree of punishment by looking at specific grounds like pregnancy, etc.

Note: The President can exercise the judicial powers at any stage, which means before, during, or after trial.

Difference Between the Pardoning Power of President and Governor

Is the power to pardon given to the president absolute and does this power come under judicial review?

The pardoning powers of the President are wider than that of a Governor. The President can pardon, respite, reprieve, and remit even in death warrant and court-martial. However, no power is absolute.

If the power is given absolutely, it may give rise to arbitrariness. Therefore the pardoning power of the President is subject to judicial review.

In the Epuru Sudhakar case, the Supreme Court ruled that to have a check on the pardoning power of the President; the judiciary can intervene to prevent him from doing arbitrary actions.