What Are the Differences in Pardoning Powers of the Indian President (Article 72) and the State Governors (Article 161)? 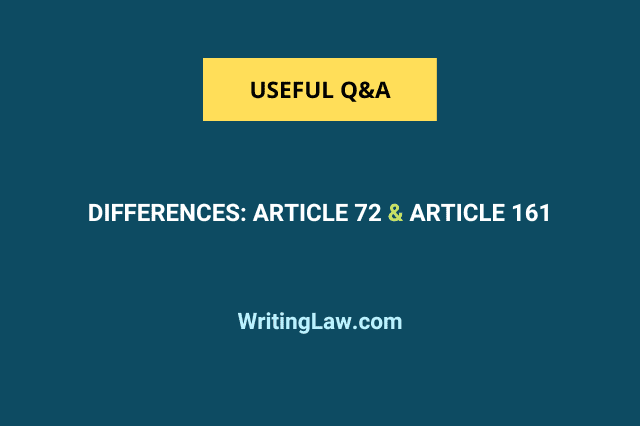 Article 72 of the Constitution of India provides pardoning power to the President of India. And, Article 161 bestows the same power to the Governor of the state. Pardon is an act of mercy or forgiveness. Although both the Articles provide pardoning powers, there are certain differences between them.

Article 72 of the Indian Constitution empowers the President of India with the pardoning power. The power is exercised on the advice of the Council of Ministers. The Article provides these types of pardoning power to the President: Pardon, reprieve, remission, respite, commutation, and suspension.

Further, the President has the authority to exercise these powers if any person is convicted of an offence and the:

Further, he has the authority to exercise these powers only if any person has been sentenced or convicted of violating any law relating to a matter over which the state’s executive power extends.

Difference Between Article 72 and Article 161

WritingLaw » Law Q&A » What Are the Differences in Pardoning Powers of the Indian President (Article 72) and the State Governors (Article 161)?

If you are a regular reader, please consider buying the Law PDFs and MCQ Tests. You will love them. You may also support us with any amount you like. Thank You.
2022-12-29