An Act to provide for the prohibition of solemnisation of child marriages and for matters connected therewith or incidental thereto.
Be it enacted by Parliament in the Fifty-seventh Year of the Republic of India as follows-

(1) This Act may be called the Prohibition of Child Marriage Act, 2006.

(2) It extends to the whole of India ; and it applies also to all citizens of India without and beyond India:
Provided that nothing contained in this Act shall apply to the Renoncants of the Union territory of Pondicherry.

(3) It shall come into force on such date as the Central Government may, by notification in the Official Gazette, appoint; and different dates may be appointed for different States and any reference in any provision to the commencement of this Act shall be construed in relation to any State as a reference to the coming into force of that provision in that State.

(b) “child marriage” means a marriage to which either of the contracting parties is a child;

(c) “contracting party”, in relation to a marriage, means either of the parties whose marriage is or is about to be thereby solemnised;

(f) “minor” means a person who, under the provisions of the Majority Act, 1875, is to be deemed not to have attained his majority.

3. Child marriages to be voidable at the option of contracting party being a child.

(2) If at the time of filing a petition, the petitioner is a minor, the petition may be filed through his or her guardian or next friend along with the Child Marriage Prohibition Officer.

(3) The petition under this section may be filed at any time but before the child filing the petition completes two years of attaining majority.

(4) While granting a decree of nullity under this section, the district court shall make an order directing both the parties to the marriage and their parents or their guardians to return to the other party, his or her parents or guardian, as the case may be, the money, valuables, ornaments and other gifts received on the occasion of the marriage by them from the other side, or an amount equal to the value of such valuables, ornaments, other gifts and money:
Provided that no order under this section shall be passed unless the concerned parties have been given notices to appear before the district court and show cause why such order should not be passed.

4. Provision for maintenance and residence to female contracting party to child marriage.

(2) The quantum of maintenance payable shall be determined by the district court having regard to the needs of the child, the lifestyle enjoyed by such child during her marriage and the means of income of the paying party.

(3) The amount of maintenance may be directed to be paid monthly or in lump sum.

(4) In case the party making the petition under section 3 is the female contracting party, the district court may also make a suitable order as to her residence until her remarriage.

5. Custody and maintenance of children of child marriages.

(1) Where there are children born of the child marriage, the district court shall make an appropriate order for the custody of such children.

(2) While making an order for the custody of a child under this section, the welfare and best interests of the child shall be the paramount consideration to be given by the district court.

(3) An order for custody of a child may also include appropriate directions for giving to the other party access to the child in such a manner as may best serve the interests of the child, and such other orders as the district court may, in the interest of the child, deem proper.

(4) The district court may also make an appropriate order for providing maintenance to the child by a party to the marriage or their parents or guardians.

Notwithstanding that a child marriage has been annulled by a decree of nullity under section 3, every child be gotten or conceived of such marriage before the decree is made, whether born before or after the commencement of this Act, shall be deemed to be a legitimate child for all purposes.

7. Power of district court to modify orders issued under Section 4 or Section 5.

The district court shall have the power to add to, modify or revoke any order made under section 4 or section 5 and if there is any change in the circumstances at any time during the pendency of the petition and even after the final disposal of the petition.

8. Court to which petition should be made.

10. Punishment for solemnising a child marriage.

11. Punishment for promoting or permitting solemnisation of child marriages.

(1) Where a child contracts a child marriage, any person having charge of the child, whether as parent or guardian or any other person or in any other capacity, lawful or unlawful, including any member of an organisation or association of persons who does any act to promote the marriage or permits it to be solemnised, or negligently fails to prevent it from being solemnised, including attending or participating in a child marriage, shall be punishable with rigorous imprisonment which may extend to two years and shall also be liable to fine which may extend up to one lakh rupees:
Provided that no woman shall be punishable with imprisonment.

(2) For the purposes of this section, it shall be presumed, unless and until the contrary is proved, that where a minor child has contracted a marriage, the person having charge of such minor child has negligently failed to prevent the marriage from being solemnised. 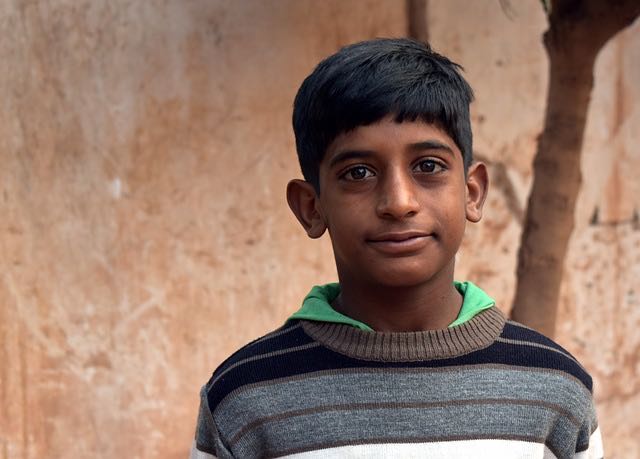 12. Marriage of a minor child to be void in certain circumstances.

Where a child, being a minor-
(a) is taken or enticed out of the keeping of the lawful guardian; or


(b) by force compelled, or by any deceitful means induced to go from any place; or


(c) is sold for the purpose of marriage; and made to go through a form of marriage or if the minor is married after which the minor is sold or trafficked or used for immoral purposes,
such marriage shall be null and void.

(1) Notwithstanding anything to the contrary contained in this Act, if, on an application of the Child Marriage Prohibition Officer or on receipt of information through a complaint or otherwise from any person, a Judicial Magistrate of the first class or a Metropolitan Magistrate is satisfied that a child marriage in contravention of this Act has been arranged or is about to be solemnised, such Magistrate shall issue an injunction against any person including a member of an organisation or an association of persons prohibiting such marriage.

(2) A complaint under sub-section (1) may be made by any person having personal knowledge or reason to believe, and a non-governmental organisation having reasonable information, relating to the likelihood of taking place of solemnisation of a child marriage or child marriages.

(3) The Court of the Judicial Magistrate of the first class or the Metropolitan Magistrate may also take suo motu cognizance on the basis of any reliable report or information.

(5) The District Magistrate shall also have additional powers to stop or prevent solemnisation of child marriages and for this purpose, he may take all appropriate measures and use the minimum force required.

(6) No injunction under sub-section (1) shall be issued against any person or member of any organisation or association of persons unless the Court has previously given notice to such person, members of the organisation or association of persons, as the case may be, and has offered him or them an opportunity to show cause against the issue of the injunction:
Provided that in the case of any urgency, the Court shall have the power to issue an interim injunction without giving any notice under this section.

(7) An injunction issued under sub-section (1) may be confirmed or vacated after giving notice and hearing the party against whom the injunction was issued.

(8) The Court may either on its own motion or on the application of any person aggrieved, rescind or alter an injunction issued under sub-section (1).

(9) Where an application is received under sub-section (1), the Court shall afford the applicant an early opportunity of appearing before it either in person or by an advocate and if the Court, after hearing the applicant rejects the application wholly or in part, it shall record in writing its reasons for so doing.

(10) Whoever knowing that an injunction has been issued under sub-section (1) against him disobeys such injunction shall be punishable with imprisonment of either description for a term which may extend to two years or with fine which may extend to one lakh rupees or with both:
Provided that no woman shall be punishable with imprisonment.

14. Child marriages in contravention of injunction orders to be void.

Any child marriage solemnised in contravention of an injunction order issued under section 13, whether interim or final, shall be void ab initio.

15. Offences to be cognizable and non-bailable.

Notwithstanding anything contained in the Code of Criminal Procedure, 1973, an offence punishable under this Act shall be cognizable and non-bailable.

(1) The State Government shall, by notification in the Official Gazette, appoint for the whole State, or such part thereof as may be specified in that notification, an officer or officers to be known as the Child Marriage Prohibition Officer having jurisdiction over the area or areas specified in the notification.

(3) It shall be the duty of the Child Marriage Prohibition Officer-
(a) to prevent solemnisation of child marriages by taking such action as he may deem fit;


(b) to collect evidence for the effective prosecution of persons contravening the provisions of this Act;


(c) to advise either individual cases or counsel the residents of the locality generally not to indulge in promoting, helping, aiding or allowing the solemnisation of child marriages;


(d) to create awareness of the evil which results from child marriages;


(e) to sensitize the community on the issue of child marriages;


(f) to furnish such periodical returns and statistics as the State Government may direct; and


(g) to discharge such other functions and duties as may be assigned to him by the State Government.

(5) The Child Marriage Prohibition Officer shall have the power to move the Court for an order under sections 4, 5 and 13 and along with the child under section 3.

The Child Marriage Prohibition Officers shall be deemed to be public servants within the meaning of section 21 of the Indian Penal Code.

No suit, prosecution or other legal proceedings shall lie against the Child Marriage Prohibition Officer in respect of anything in good faith done or intended to be done in pursuance of this Act or any rule or order made thereunder.

(1) The State Government may, by notification in the Official Gazette, make rules for carrying out the provisions of this Act.

(2) Every rule made under this Act shall, as soon as may be after it is made, be laid before the State Legislature.

In the Hindu Marriage Act, 1955, in section 18, for clause (a), the following clause shall be substituted, namely-

(2) Notwithstanding such repeal, all cases and other proceedings pending or continued under the said Act at the commencement of this Act shall be continued and disposed of in accordance with the provisions of the repealed Act, as if this Act had not been passed.