When Communication of Acceptance is Complete – Contract Act 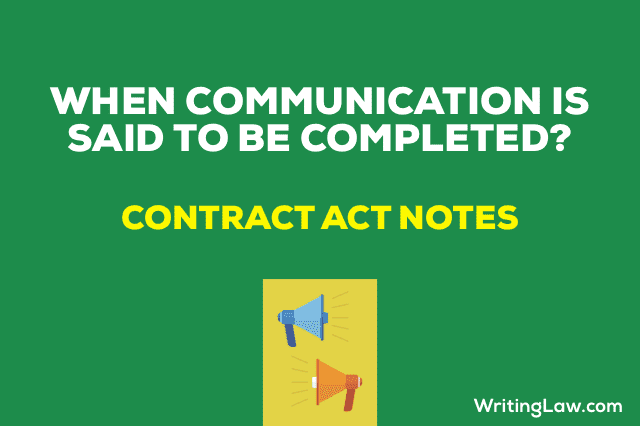 When is Communication of Acceptance Complete

A. The communication of acceptance is complete as against the proposer when it is put in the course of transmission to him so at to be out of the power of the acceptor.

B. Against the acceptor – When it comes to the knowledge of the proposer.

Thus when a letter of acceptance is posted, the proposer becomes bound, but the acceptor will be bound only when the letter is received by the proposer.

Related Law Notes:
1. Essential Elements of a Valid Contract.
2. What is Free Consent in Contract.