13 Ways of Divorce in Muslims 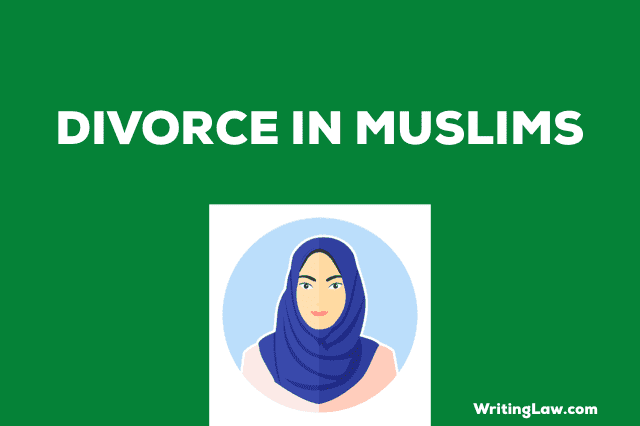 1. Talaq-e-Ahsan: It consists of a single pronouncement of divorce. It is irrevocable even after the expiration of the period of iddat.

2. Talaq-e-Hasan: When the husband repudiates his wife during a Tuhr (period of purity) in which he has not had carnal connection with her, and he repeats the repudiation during the next two Tuhrs, which makes the divorce final and irrevocable.

3. Talaq-ul-Biddat: Three pronouncements are made in a single breath. It becomes irrevocable as soon as it is pronounced. It is considered to be the worst form of divorce.

New: The supreme court in Shayara Bano vs Union of India, 2017 has declared talaq-ul-biddat as unconstitutional stating that, it leaves a woman in a miserable situation and there is no scope of reconciliation once the pronouncement is made.

4. Ila: If a husband, after having attained puberty, swears by god not to have sexual intercourse with his wife for a period of four months or for any unspecified period, he is said to make Ila.

5. Zihar: If the husband compares his wife to his mother or to a female within prohibited degrees of relationship, the wife has the right to avoid him until he performs punishment for his wrong done/sin.

6. Khula: Khula is separation by putting an end to the matrimonial bonds and rights. It is that right in which the wife agrees to give a certain amount of consideration to the husband for her release from the marriage ties.

7. Mubarat: Mubarat is the dissolution of marriage by mutual agreement. The offer may be made by any party, either husband or wife.

8. Talaq-e-Tafweez: A husband may delegate his power of talaq to his wife. An agreement is made before or after marriage providing that the wife is at liberty to take divorce from his husband provided that such power is not absolute and unconditional and that the conditions are reasonable and not opposed to law.

1. Lian: When the husband put charges of adultery on the wife, and later the charges are proved false, the wife is entitled to sue and ask for a divorce.

Grounds on Which Muslim Woman Can Seek Divorce

Under section 2 of this Act, a Muslim woman can seek divorce on the following grounds:

1. Where the husband is not heard of alive for a period of four years.
2. The husband has failed to provide maintenance to the wife for at least two years.
3. The husband has been under imprisonment for seven or more years.
4. The husband is unable to meet the marital obligations.
5. If the girl is married before fifteen and decides to end the relationship before she turns eighteen.

You may also like to read:
1. What are the financial rights of a woman at the time of divorce?
2. Muslim Women Protection of Rights on Divorce Act, 1986
3. Right of Muslim Women to Take Divorce Under Faskh

If you are a regular reader, please consider buying the Law PDFs and MCQ Tests. You will love them. You may also support with any amount you like. Thank You.
2021-02-21