Applicability and Territorial Jurisdiction of the Indian Penal Code 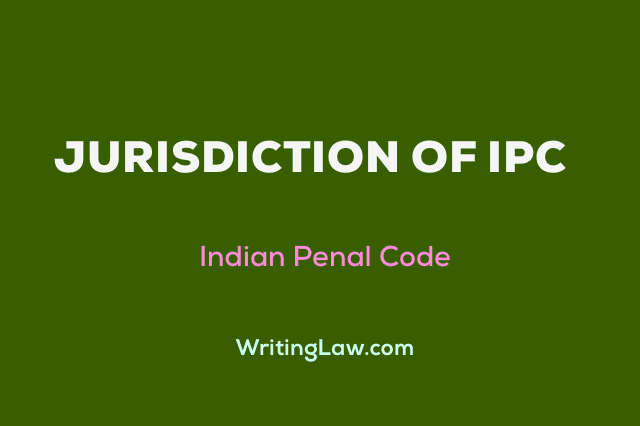 Generally speaking, jurisdiction is the official power to make legal decisions and judgements. The extent to which the court of law can exercise its powers relating to suits, appeals, proceedings, etc., can be said to be the jurisdiction of the Indian Penal Code, 1860. It is the limit within which the courts can exercise their powers over the cases.

Let us learn more about these important IPC sections.

Section 1: Title and extent of operation of the code

As per section 1 of the Code, this Act shall be called the Indian Penal Code and shall extend to the whole of India.

Section 1 of IPC says that the code applies to the whole of India. ‘India’ has been defined in section 18 of IPC. And, the territory of India is defined under Article 1(3) of the Constitution. It comprises:
(a) the territories of the States;
(b) the Union Territories defined in the First Schedule;
(c) such other territories as may be acquired.

Every person shall be liable to punishment under this Code and not otherwise for every act or omission contrary to the provisions thereof, of which, he shall be guilty within India.

As per this section, the Indian Penal Code applies to every person doing any act or omission as opposed to the Code. The word ‘every person’ in this section means a citizen of India, as well as a non-citizen who commits an offence. The person will be liable for the punishment irrespective of its nationality, rank, caste, etc.

Note: A foreigner cannot plead that he did not know that the act he was doing was wrong because the act is not an offence in his own country.

Although there are no exceptions to the jurisdiction of the Indian Penal Code, certain persons are immune or exempted from liability under the Code. They are:

Note: If a person causes injury to another person on Indian territory, being physically present in another country’s territory, the offender or the person causing injury may be prosecuted within India if his existence in India for the trial can be secured.

Section 3: Punishment of offences committed beyond but which by law may be tried within India

Section 3 of IPC deals with the extra-territorial jurisdiction of the Code. Accordingly, a person can be held liable for anything done beyond the territory of India.

As per this section, a person who performs an act beyond the territorial boundaries of the country and the consequences of such an act are such that it is deemed to have been committed within the territory of India, the person causing an offence can be dealt with the provisions of this Code for the act done by him, even if the country in which he has committed the act, is not an offence under the general laws of that country.

Explanation: In this section-
(a) the word “offence” includes every act committed outside India which, if committed in India, would be punishable under this Code;
(b) the expression “computer resource” shall have the meaning assigned to it in clause (k) of sub-section (1) of section 2 of the Information Technology Act, 2000.

Section 5: Certain Laws not to be affected by this act

Section 5 is an exception to section 2 of IPC. It is a saving clause and provides for restricting the jurisdiction of the Indian Penal Code, 1860 by obstructing the application of the Code on the subject for which specific laws already exists. It also restricts the applicability of the act over a certain class of people for whom the different laws are already present in the country, such as soldiers, sailors, etc., in the service of the government of India. Further, offences that are defined by special or local law have also been excluded from the operation of the Code.