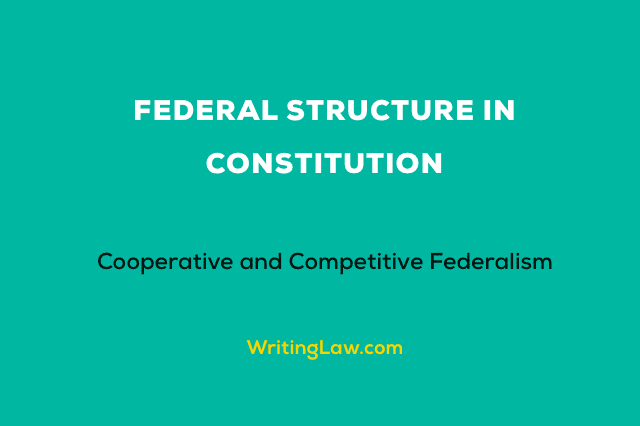 Types of Relationship Between Centre and States

The federal structure is one of the basic features of the Indian Constitution. There can be three types of relationships between the centre and the state. They are:

1. Unitary structure where the centre or the union government is more powerful than the state. The union is strong, and the state is weak.

2. Federal structure where neither the union nor the state is strong. Both are equal in powers in their spheres. They work in cooperation. This is known as cooperative federalism.

What is Cooperative Federalism

1. They have granted more autonomous powers to states in many matters.

2. They have replaced the planning commission with the institution of Niti Ayog, which is considered a symbol of cooperative federalism.

3. There is a distribution of powers between the centre and the states. Schedule VII of the Indian Constitution provides three lists that prescribe the powers of both the governments and concurrent list implies cooperative federalism.

4. The most recent initiative is the goods and services tax, which has become a common platform for both the centre and the state for levying tax. It is a comprehensive and uniform tax that has replaced many indirect taxes.

What is Competitive Federalism

Like the selection of smart cities by competitive bidding. And the 15th finance commission shall prepare an index for evaluating the performance of the states individually, and money shall be devolved to the states on the basis of their performance.

In the present era, states are taking initiatives to improve the ease of doing business and standard of living. They are taking initiatives in the administrative sector, health sector, and so on. For example, the state-sponsored Rythu Bandhu scheme in Telangana and Kalia scheme in Orissa are running parallel to the center’s scheme for farmers like PM Kisan Yojana.

On the other hand, the centre wants the states to be smart, simple, accountable, and responsive to their population. There is a mutual understanding between the states and the centre that innovation is essential for the socio-economic progress and transformation in the country. This is where competitive federalism is playing an important role in shaping and development of the nation.