10 Reasons Why the Centre Is More Powerful Than the States! 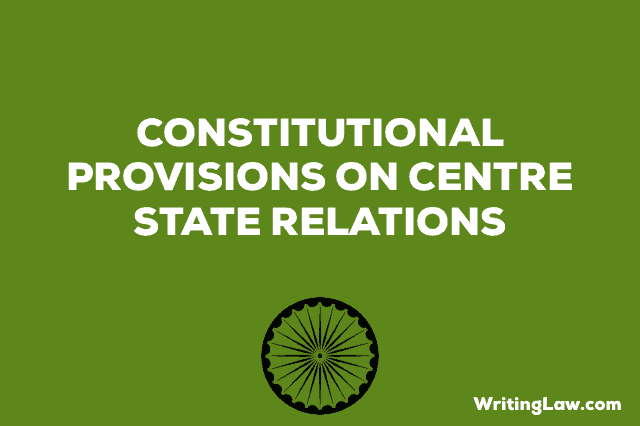 Relation between the Union and the States

In India, the Central Government and the State Government are in a relationship, and when they both work together, the country functions properly.

The Indian nation is said to be a federation with a unitary bias. Part XI of the Indian Constitution, that is Article 245 to Article 263, deals with Centre-State relations.

The financial relationship between the Centre and states is covered in Part XII of the Indian Constitution. Article 280 deals with the mandate provision for setting up the Finance Commission.

Indian Constitution: Federal In Form But Unitary In Spirit: Article 248: The phrase “unitary bias” arises because residuary powers to legislate on the matters not enumerated in the central, state, or concurrent list subjects are given to the Centre under Article 248.

The Centre was made more powerful than states can be recognised from the following points:-

There is no state citizenship. Every Indian has the same rights of citizenship, no matter in which state he resides.

2. The Centre Can Change the Name And Boundaries Of States

Article 3 gives the Central Government the right to change the name and boundaries of states.

In India, the Supreme Court and High Courts form a single integrated judicial system. To ensure the uniformity of the laws, they are placed in the concurrent list.

Under the Constitution, the President of the Republic has been given emergency powers under Article 352, Article 356, and Article 360.

The Constitution has certain special provisions to ensure the uniformity of the administrative standards. These services include IAS, IFS, IPS, IES, and many others.

6. Inequality Of Representation In the Council of States

There is bicameralism in India, but states have not been given equal representation. Here the state with more population will have higher representation than smaller ones.

Note: In government, bicameralism is the practice of having two legislative or parliamentary chambers.

The President appoints the Governor, and this enables the Union Government to exercise control over the State Administration.

8. The Office Of Comptroller and Auditor General

The office of CAG comes under the central government, but his concern is not only with the accounts and auditing of the union government but also states.

The President appoints the body of the Election Commission. He is in charge of conducting elections not only to Parliament but also to the state legislatures.

In a federation, states should be financially self-sufficient to ensure maximum autonomy. But in India, the states depend on the Centre for all development. It is the centre that gives grants to the states.

Read Next:
1. How Can India Admit and Establish New States as Per the Indian Constitution
2. Pardoning Powers of the Governor With Latest Updates and Judgements

WritingLaw » Law Notes » 10 Reasons Why the Centre Is More Powerful Than the States!