What is Evidence and Ten Types of Evidence 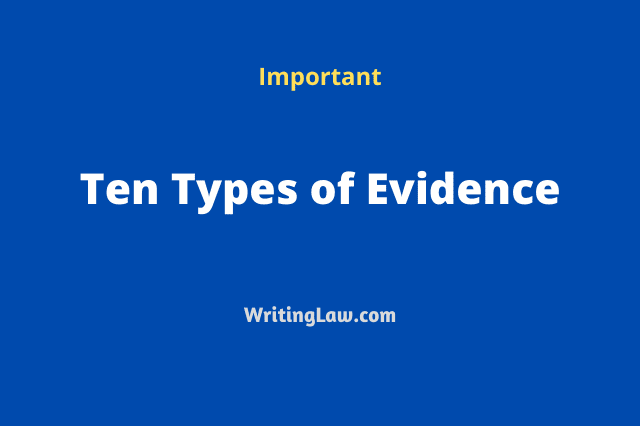 What is the meaning of Evidence

According to Sir Blackstone:

‘evidence’ signifies that which demonstrates, makes clear, or ascertains the truth of the facts or points in the issue either on one side or another.

According to Sir Taylor:

Law of Evidence which branches out of the Law of the procedure, “means through argument to prove or disprove any matter of fact. The truth of which is submitted to judicial investigation.”

Section 3 of the Indian Evidence Act defines evidence as:

As per the above-mentioned definition of evidence under this act, the evidence presented before the court is extracted out from two sources, namely, a statement of witnesses and through documents and electronic records.

In Sivrajbhan vs Harchandgir, the Hon’ble supreme court of India held:

“The word evidence in connection with the law, all valid meanings, includes all except agreement which proves/disprove a factor matter whose truthfulness is presented for judicial investigation. At this stage, it will be proper to keep in mind that where a party and the other party don’t get the opportunity to cross-examine his statements to ascertain the truth, then in such a condition, this party’s statement is not evidence.”

The ten types of evidence under the Indian Evidence Act are:

The provision of section 60 of the Indian Evidence Act, 1872 deals with the recording of oral evidence.

All those acceptable statements which the court assumes from the witnesses to help accomplish the direction of the truth of the facts laid before the court are called Oral Evidence. Oral evidence is that evidence which the witness has himself has seen or heard. It must always be direct. Evidence is direct when it primarily establishes the main fact in an issue.

Example: A tells B that he will kill C. A’s statement is oral evidence.

Section 3 of the Indian Evidence Act states that all documents presented before the court for inspection are claimed to be documentary evidence.

Documentary evidence helps determine the attitude, intention, and consciousness regarding the custom is viewed to be more important than oral evidence.

Section 62 of the Act reflects primary evidence as to the top-most class of evidence. It is that proof which in any possible condition gives a vital hint and appropriate direction for suitable action in a disputed fact and establishes for inspection by the court through documentary evidence on the production of an original document. It means that the document was itself available for the inspection of the court.

Example: Photocopy of a document.

Any material evidence is real evidence. Real evidence of a fact is brought to the knowledge of the court by inspection of a physical object and not just by information derived from a witness or a document.

Example: contempt of court, the conduct of the witness, the parties’ behaviour to a case, the local inspection by the court. It can also be called the most satisfactory witness.

The acceptance and weightage of this evidence are very weak. It is only the reported evidence of a witness which he has neither seen nor heard. Sometimes it implies the witness overhearing a statement of some other person.

Hearsay Evidence which ought to have been rejected as irrelevant does not become admissible as against a party merely because his council fails to take objection when the evidence is tendered.

Hence, we can conclude that hearsay evidence is that evidence which the witness has neither itself seen or heard, nor has he perceived through his senses, and such a fact has been drawn to his knowledge through a secondary source – a third party.

There is no bar to receiving hearsay evidence provided since it has reasonable nexus and credibility. When a piece of evidence is such that there is no prima facie assurance of its credibility, it could prove dangerous and unfair to act upon it. Hearsay evidence is, therefore, conclusive to be out of the governance of the Evidence act.

It’s very rare for hearsay evidence to be an acceptable piece of evidence in any case. It doesn’t hold weightage compared to the others. In rare circumstances, when primary and secondary evidence are absent, it may be considered.

Example: A is the eye witness to a murder case. He saw B killing C. However, later during the proceedings, A develops a mental disorder. Due to mental disability or insanity, the court will not be able to admit A’s testimony. However, D overhears a conversation between E and F about B planning to kill C. In such an exceptional case, the court may rather consider D’s statement as hearsay evidence to structure its further proceedings.

Related: What Is Doctrine of Exclusion of Hearsay Evidence?

Evidence received by the court of Justice in proof or disproof of facts before the court is called judicial evidence.

Example: The confession made by the accused in the court, statements of witnesses, and documentary evidence and facts for the examination by the court are judicial evidence.

Any confession made by the accused outside the court in the presence of any person or the admission of a party is called non-judicial evidence.

Evidence is either direct or indirect. Direct evidence is evidence that is very important for the decision of the matter and fact in the issue presented.

When the facts of the case are presented before the court by witnesses, it is direct evidence.

The person who had actually seen the crime being committed can help describe the offence, and through its statement, help serve as a direction for the facts to be established in the case presented.

Example: the testimony of an eye witness.

There is no difference between circumstantial evidence and indirect evidence. They are synonymous. Circumstantial evidence paves the way to prove the facts in the issue by providing other facts and manages to pull out an instance as to its existence. It connects to a series of other facts than the fact in the issue. However, it is often associated with the fact in issue relative to the cause and effect, leading to a satisfactory and meaningful conclusion.

In the case of Hanumant vs State of Madhya Pradesh, the Supreme Court observed:

“In dealing with circumstantial evidence there is always the danger that suspicion may take the place of legal proof. It is well to remember that in cases where the evidence is circumstantial, the circumstances from which the conclusion of guilt is to be drawn should, in the first instance, be fully established. And all the facts so established should be consistent only with the hypothesis of the accused’s guilt. In other words, there can be a chain of evidence so far complete as not to leave any reasonable ground for a conclusion consistent with the innocence of the accused, and it must be such as to show that within all human probability, the act must have been done by the accused.

Example: footprints on the crime scene floor may become a possibility for the person to be a suspect in the case. 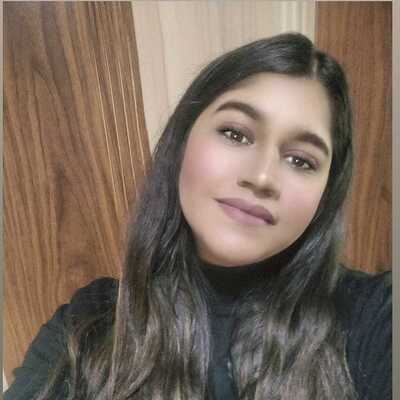 This article is written by Dinky. She is pursuing BBA L.LB from Amity University, Mumbai. Dinky is creative, passionate and a multitasker. She can either be found jotting down ideas for her upcoming written piece, or planning her next vacation.
WritingLaw » Law Notes » What is Evidence and Ten Types of Evidence

If you are a regular reader, please consider buying the Law PDFs and MCQ Tests. You will love them. You may also support us with any amount you like. Thank You.
2021-03-13