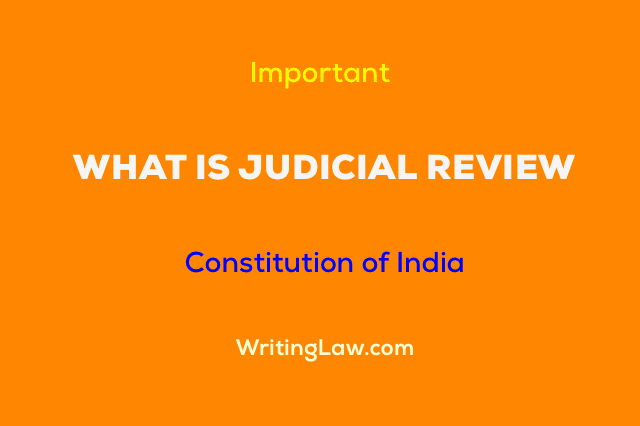 Judicial review is the power of courts to examine the legislative enactments and executive orders of the Central as well as State governments to check its constitutionality. If such enactments or orders are found to be in violation of the Constitution, they shall be declared null and void.

Judicial review is necessary so as:

In Kesavananda Bharati vs State of Kerela, the court held:

‘as long as some fundamental rights exist and are a part of the Constitution, the power of judicial review has also to be exercised with the view to see that the guarantees afforded by these rights are not contravened.’

Must See: Kesavananda Bharati & Others vs the State of Kerala – Case Explained

Various articles of the Constitution have conferred the power of judicial review on the Supreme Court and the High Court. These articles are:

This article is written by Nupur. She recently completed LLB from Dehradun. She is creative and loves reading.
WritingLaw » Law Notes » Judicial Review Explained – Constitution of India

If you are a regular reader, please consider buying the Law PDFs and MCQ Tests. You will love them. You may also support with any amount you like. Thank You.
2021-06-07