“Torture is a wound in the soul so painful that sometimes you can almost touch it, but it is also so intangible that there is no way to heal it. Torture is anguish squeezing in you; chest, cold as ice and heavy, as a stone paralyzing as steep and dark as the abyss. Torture is a desire to kill and destroy, including yourself.”
– Adriana P. Bartow

“I can’t breathe” were the last words of George Floyd on 25th May 2020. It marked the death of humanity by sheer negligence and disrespect for human rights. George Floyd, a man of colour, was brutally murdered by police in Minneapolis, USA. His death in police custody sparked several protests and debates all around the world.

Custodial violence refers to different types of viciousness a person is subjected to while in police or judicial custody. The undertrial person at times succumbs to these brutal injuries, which result in “Custodial Deaths.”

According to the National Crime Record Bureau report of 2019, there were 53 custodial deaths in India. As per the same report, 32 deaths occurred while the persons were in remand, of which none of the accused police was convicted till the date of publication of the report.

The most recent of such dreadful incidents happened in Uttar Pradesh, where Altaf was found hanging himself in the Kasganj police station on 9th November 2021. An FIR has been lodged against unidentified policemen.

In June 2020, P Jeyraj and his son Benicks were taken into police custody after allegedly keeping their shop open during lockdown past the permitted hours in Tamil Nadu. They were beaten on the spot and taken to the police station, where they were brutally manhandled and harassed. Both of them died after a few days in June 2020.

It isn’t a new phenomenon, as can be inferred from studying multiple provisions provided in various statutes to safeguard the interest of the arrestees.

Article 21 of the Indian Constitution guarantees a person’s life and personal liberty with reasonable restrictions established by law. However, the increasing matter of custodial death seems to have left this sacrosanct provision of our Constitution futile.

Police is the state administrative machinery empowered to preserve public order and tranquillity. The vital function of the police is to create and administer a conducive environment and prevent conflicts by promoting amity.

Section 57 of the Model Police Act, 2006 summarises the duties of the police. Nevertheless, the increasing number of custodial deaths speaks otherwise.

Custodial deaths are majorly caused due to the rash and reckless acts of the police authority. When the protector of law and order turns out to be the perpetrator, society is bound to move into chaos.

The lawmakers have taken enough measures to ensure that the valuable right of the freedom of any individual is not taken away arbitrarily. The apex court in D.K. Basu vs State of West Bengal (1997) has laid down 11 guidelines to be followed while arresting someone. These guidelines were issued to keep a check on the well-being of the detainee during detention.

The most important of these were:

The Supreme Court, in the case of Prem Shankar Shukla vs Delhi Admn (1980), dealt with handcuffs in police custody. It was held by Justice Iyer that:

“To handcuff harshly is to punish humiliatingly. It is necessarily implicit in Articles 14 and 19; when there is no compulsive need to fetter a person’s limbs, it is sadistic, capricious, despotic and demoralizing to humble a man by manacling him.”

The Karnataka High Court in Smt. Soubhagya vs The Chief Secretary, State Of Karnataka (2001), held that:

“This is a pathetic case of a young helpless widow running from post to pillar crying for justice. This court, keeping in view the law laid down by the apex court and the observations made in the said case and other cases referred to, having regard to the serious allegations made by the young widow petitioner in this case, against the police personnel, I am of the considered view that this is a fit case for awarding compensation of Rs. 5 (five) lakhs including Rs. 1 lakh already awarded by this court by way of interim relief by an order dated 27-2-1996.”

Cinemas are often referred to as the mirror of society. One such film titled ‘Jai Bhim’ was released on 2nd November 2021. It portrays a case of custodial death precisely and has been praised by Retd. Justice K Chandru who then was advocating this case himself for the petitioner. The remarkable judgement of Ramasamy, Anthonysamy and Veerasamy vs State Rep. By The Deputy Superintendent of Police, (CRIMINAL APPEAL Nos.735 & 738 of 2004 in the High Court of Judicature at Madras) was delivered by Justice R. Balasubramanian on 4 December 2006, where the policemen were convicted for the custodial death of the petitioner’s husband.

Countries in the 21st century need robust multilateralism and hegemonical structure. The problems of the yesteryears should not be deliberated to the future.

The United Nations General Assembly adopted Convention against Torture and Other Cruel Inhuman or Degrading Treatment or Punishment by a resolution on 10th December 1984. The resolution came into force on 26th June 1987. Though signed by India on 14th October 1997, it is yet to be ratified even after 24 years.

The judiciary and parliament don’t have confidence in policing. It can be inferred from the fact that the judiciary keeps checking the investigation process at each stage of the investigation. Be it producing the accused to the magistrate within 24 hours of the arrest or getting the detainee medically examined every 48 hours in detention. And the power for the same is derived from legislation made by parliament.

Nevertheless, the apex court’s legislative enactment and guidelines appear to be insufficient as these are not able to meet the needs for which they have been brought into force.

The Anti-Torture Bill introduced in 2010 must see the light of the day shortly. It prescribed punishment for 10 years against torture by public servants but has been pending in the parliament since its introduction.

There is a need for a stricter state mechanism to deter police officers from misusing and abusing their powers. This can be done by bifurcating the investigating and policing powers.

It is high time to enact stricter provisions for punishment or special tribunals to deal with these cases on a timely basis.

You’ll love these:
1. What Is Judicial Custody and Police Custody Under CrPC
2. Confession in Police Custody – Is it Relevant?
3. 6 Kinds of Punishment Under the Indian Penal Code 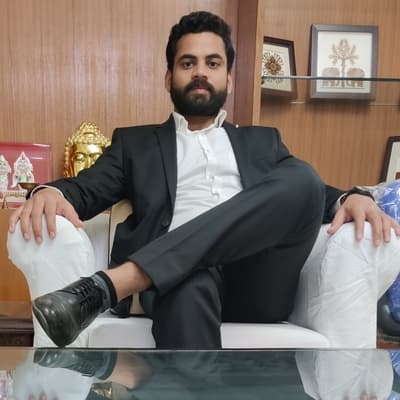 Prashant Pratyay is a final year student of LL.B at the Faculty of Law, University of Delhi. He is an avid reader and writer. He is diligent and passionate about the legal field. Prashant also loves to teach economically disadvantaged children.
WritingLaw » Law Articles » Custodial Deaths: A Matter That Requires Immediate Attention