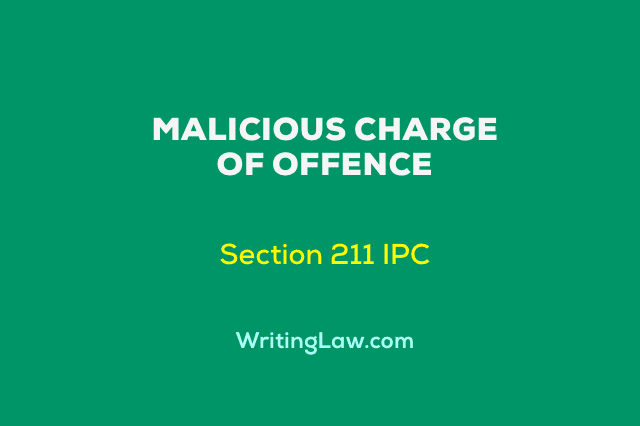 As society is developing at a swift pace, the demand for stricter laws is rising. Laws are made for the safety of society. Still, some anti-social people involve in wasting the time of courts by making false allegations, harassing the innocents by filing false litigations, etc. Now there is a trend to register false and fabricated FIRs for taking revenge and generating mental fear in the mind of the innocent. The police are bound to register the FIR in all cognizable cases and follow further procedures.

Section 211 of IPC is a bailable and a non-cognizable offence and is triable in the court of Judicial Magistrate, First Class.

What to do if false case or FIR is registered against you?

Radhika vs Wilson Sundararaj: Investigating officer can’t be charged for false accusation under Section 211 of IPC on the acquittal of accused.

Every citizen is guaranteed fundamental, constitutional and legal rights by the state to live in society. Some anti-social people use different acts and statutes against the innocents to harass and blackmail them for unlawful gains. Registration of fake, false and fabricated case against the innocent is a curse for him as his reputation is damaged. He is seen as a tainted person in the eyes of society. Everyone must refrain from filing false and malicious cases and not burden our already overburdened judicial system.

If you are a regular reader, please consider buying the Law PDFs and MCQ Tests. You will love them. You may also support with any amount you like. Thank You.
2021-06-24