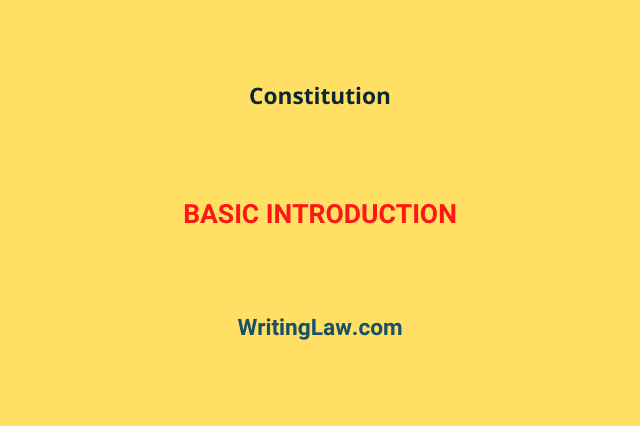 This law note talks about the parts, nature, features and sources of the Indian Constitution, along with basic information about the Preamble. Every Indian, including law students, must know these fundamental facts about the Constitution.

The Constitution of India is known as the supreme law of India. The Constitution establishes a framework which mentions the fundamental political code, structure, procedures, powers, and responsibilities of government institutions, as well as of people. It also sets out fundamental rights, directive principles, and duties of the citizens.

The Constitution is a legally binding document that outlines the structure (framework), functions, responsibilities, and principles of government organs.

Confusing question many people have:

Are there 22 Parts in the Indian Constitution or 25 Parts?

Nature of the Indian Constitution

The Constitutions of various countries in the world are either unitary or federal.

As far as India is concerned, constitutional jurists have different opinions regarding the nature of the Indian Constitution. Some opines that the Constitution of India is quasi-federal in nature and has more unitary features than federal. While others opine that it is a federal constitution.

Thus, we can conclude that the Indian Constitution is neither completely federal nor completely unitary. Instead, it is a combination of both.

Learn more about this topic:
1. Federal vs Unitary Structure With Pros, Cons, and Differences
2. 10 Reasons Why Centre Is Powerful Than the States
3. Cooperative Federalism and Competitive Federalism in India

The Constitution of India has borrowed several provisions from various other Constitutions in the world. There are mainly 11 sources of the Indian Constitution:

We have an excellent and easy law note that precisely mentions what features were borrowed from which country’s Constitution. Make sure you see this: 49 Features of Indian Constitution Taken From Other Countries.

The Preamble to the Indian Constitution outlines the main objectives that the legislation is intended to achieve. It serves as an introduction to the statute. It sets out the government’s structure as well as its ideals. The Preamble was given “the place of pride” by the framers of the Constitution.

Purpose or Objective of the Preamble

The Preamble of the Constitution of India serves the following purposes:

Can the Preamble be Amended?

In the Kesavananda Bharati vs State of Kerala AIR (1973) case, it was held that by virtue of amending power provided in Article 368, even the Preamble can be amended. However, it can only be amended subject to the condition that the basic structure of the Preamble is not destroyed.