14 Features of the Constitution of India Taken From Other Countries 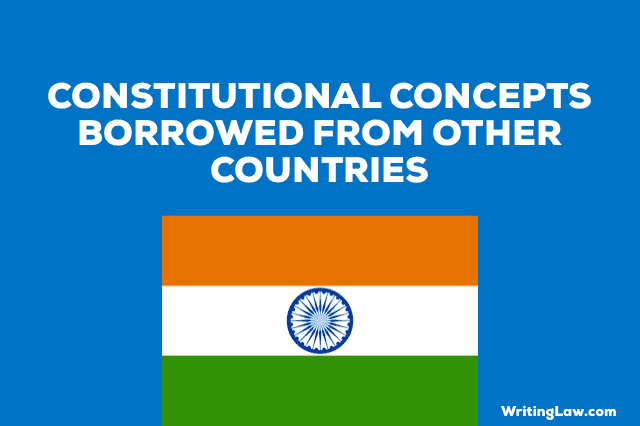 Many features and concepts of the Indian Constitution have been taken, borrowed, or inspired from different countries. When the Constitution of India was framed, the makers looked at the existing Constitution and laws of various countries and inculcated the best of all worlds.

Here is a list of 14 features in the Indian Constitution that has been taken from other countries.

Features of Indian Constitution Taken From Other Countries

5. United Kingdom – Concept of equality before the law.

10. Canada – Federation with a strong Centre.

13. South Africa – Procedure for amendment of the Constitution.

If you are a regular reader, please consider buying the Law PDFs and MCQ Tests. You will love them. You may also support with any amount you like. Thank You.
2020-03-11